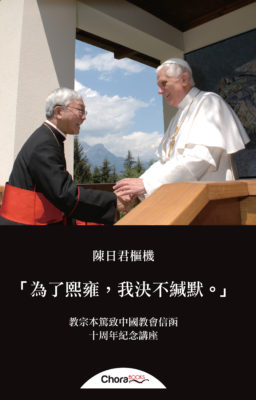 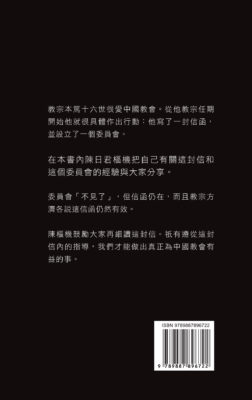 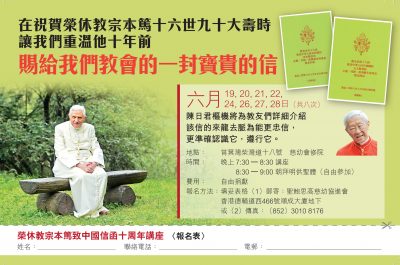 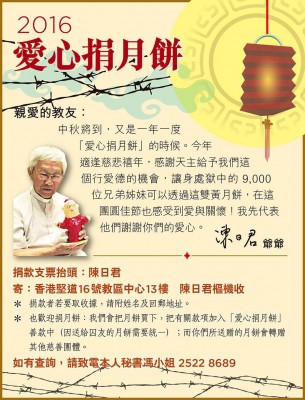 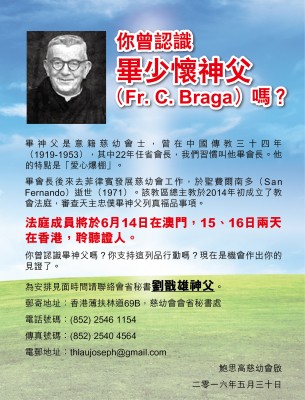 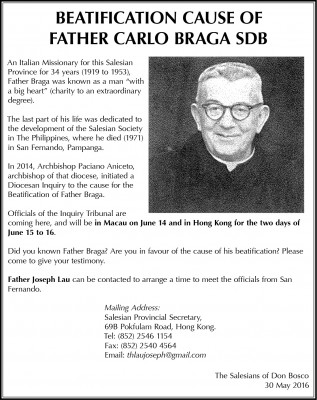 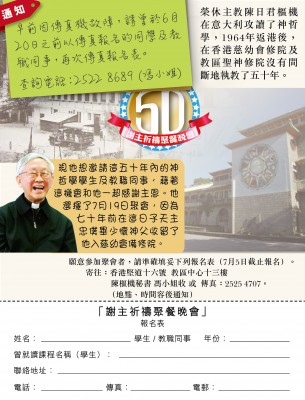 There is a wise Chinese advice to those who face criticism or accusations. It says: “If you find them objective, correct yourself; if not, ignore them.”

What advice should be given to the one who receives praise and compliments? Should it be: “If you believe you deserve them, praise the Lord; if not, just forget them”?

When I was informed by Mr. Ian Burchett, Canada’s Consul General to Hong Kong, that Canada’s Minister of Foreign Affairs, the Honorable John Baird would like to present me with the prestigious “John Diefenbaker Defender of Human Rights Award”, I was fully aware of my unworthiness, but I accepted the honor with no hesitation, because we, I mean myself and Hong Kong people, in this moment, badly need some encouragement in our desperate fight for human rights.

In 1997 Hong Kong returned under the sovereignty of China with the promise of “one country, two systems”. Unfortunately, it is too difficult for people who never have lived under our system to understand it, so they tend to damage it without knowing it.

Karl Marx said that, after the victory of communism, “for some time” the country has to be ruled under the dictatorship of the proletariat; but history shows that this ‘some time” tends to be “for ever”.

The culture on China mainland has favoured in Hong Kong a new form of culture, the culture of “toadying the powerful and oppressing the weak”.

The right of abode was denied to children, born in mainland, of Hong Kong residents (although guaranteed by the Basic Law and confirmed by Hong Kong’s Court of Final Appeal); children, whose right of abode was still debated at court, were deprived of their right to schooling; new immigrants from the mainland and foreign domestic helpers were discriminated against; the Government even tried to force passing a harsh anti-subversion law.

Under the disguise of democraticisation, the Incorporated Management Committee system has been imposed on all subsidised schools, radically changing the Education System in Hong Kong and taking the right to run Catholic Schools away from the Church, a right which is solemnly inscribed in the Basic Law.

We are also being warned that we should not meddle in the internal affairs of Mainland China. But how can we keep silent, when our brothers and sisters are being deprived of real religious freedom? when some of our bishops, who are already advanced in age, have been continuously kept in detention for more than 10 years? when priests, who are faithful to the Church, are arbitrarily arrested and tortured? when without any reference to the authority of the Roman Pontiff, bishops are ordained illegitimately?

Making use of the freedom of speech and of assembly we still enjoy, we protest, we march, but the situation worsens day by day.

The Chief Executive is not democratically elected, so he is not answerable to the people. Because of the unjust election system, the majority of the people becomes the minority in the Legislative Council. We feel frustrated.

Then, why should a Churchman meddle in such political matters?

The Catholic Church held an epoch-making Ecumenical Council in the early sixties. Among its most important documents there is the “Pastoral Constitution on the Church in the Contemporary World”. There the Council Fathers affirm clearly the duty of all the faithful to take part in politics, because “politics” means primarily things which concern everybody in society.

The recent Popes are outstanding examples of this social concern. Just remember Pope John XXIII with his Encyclical Letters “Mater et Magistra” and “Pacem in terris”. Remember Pope Paul VI with the Encyclical “Populorum Progressio” (True progress is progress for all and of the whole human being). The same Pope, when he went to the United Nations Assembly to plead with all Nations to stop waging war, his voice resounded loud in that glass palace: “Jamais! Jamais!”

We all have fresh memories of Pope John Paul II and Pope Benedict, champions of Justice and Peace. Now we have Pope Francis, whose chosen name is a whole program.

For us believers, each human being is important and has a dignity bestowed on him by the Creator. Each one deserves to be respected, loved and cared for. Nobody should be excluded. If anybody deserves a preference, this is for the poor, the weak, the young (even unborn), the old (even terminal ill), and the most despised (even those in prison cells).

Following the teachings of the Ecumenical Council and the example of the Popes, we Catholics in Hong Kong held a Diocesan Synod in the year 2000. The resolution which received most approving votes was the one on social concern. In it the members of the Synod solemnly declared the duty of the Pastors to lead the faithful in their concern for society and in the defence of human rights. This resolution governed our action ever since.

We are fortunate in Hong Kong to have in the Diocese a very zealous and efficient Justice and Peace Commission.

In the name of all the underprivileged, voiceless people in Hong Kong and of all those who work for them I accept the Award and thank your Excellency, Mr. Minister John Baird, and the Canadian Government and People for the distinction bestowed upon my unworthy person.

May the good Lord, our heavenly Father, reward the noble nation of Canada for the exemplary leadership in promoting the sacred human rights and shower on you all His abundant graces. 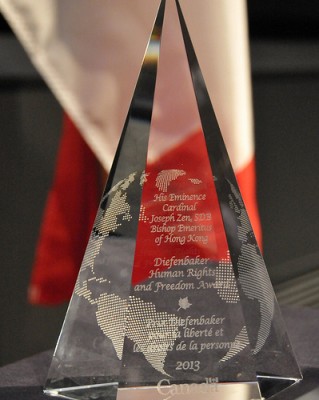