Deputy Editor-in-chief of the Sunday Examiner

I gave you the dead-line 16 May, some kind person asked me to move it to 23 May, but what I find now is no apology at all.

Please, you can ignore me, but don’t take me for a fool.

You say: the two articles were neither the official stand of the Church nor of the Sunday Examiner, and you apologize for the confusion created.

What you did and for which you have to apologize is the fact that you have willfully chosen to publish those two articles, one of which is an arrogant and preposterous insult to the two popes we so deeply venerate and love, and the other is a biased and untruthful criticism of a CDF statement, which is faithful to Catholic moral teaching that homosexual partnership can not be blessed as marriage, but in the same time (as you were forced to admit in your following piece of news) it calls the Christian community to welcome with respect and sensitivity persons with homosexual inclinations, because no one can be excluded from the care and love of the Church.

I am justified to say that you did it willfully and not as a casual overlook, because you had thousand possibilities of choice, but you chose those two poisonous pieces.

It betrays a seriously wrong mindset, for which you (or the one who has to take the responsibility for you) are to be considered as a dangerous person and unfit for the job, which is to give healthy food to the faithful who read this our paper.

Either you resign or I should warn the faithful to avoid reading the paper.

(１). 他說：“the Holy See actually negotiate with a very, very small group of people from that (huge) structure (of chinese republic). So it is quite difficult to understand what the impact is, or what they take back to Beijing or what we bring to Beijing.”（恐怕他想說 “what we bring to Rome”？）中梵談判祇「在某一等級」。

(２). 他說：“The Holy See does not have a policy, a diplomatic policy, of denunciation almost anywhere in the world.” 教廷並沒有外交原則為世界任何冒犯人權的國家提出指摘。

(３). 他說：“you have to ask what effect a statement is going to have. I don’t think that grandstanding statements can be terribly effective.” 你作一聲明時該問這聲明會有什麼效果。我不以為一些大聲指摘的言論會有什麼了不起的效果。

(４). 他說：“democracy has different forms…democracy gets into difficulties if that culture is very superficial.” 民主能有不同方式，如果某地方的文化膚淺，民主會有問題。

(６). 他說：“the responsibility (for the appointment of the Bishop) is with the Congregation for the Evangelization of Peoples.” 他不知香港幾時有新主教，因為任命香港主教是傳信部處理的。 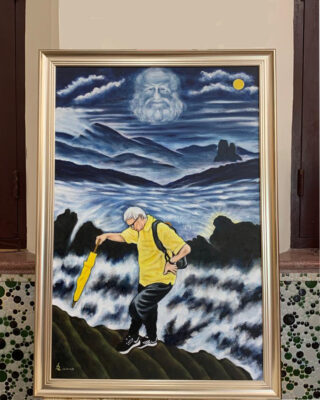